The pros leave the starting chute at 11 a.m. sharp, and fans are encouraged to show up early to visit sponsor and vendor booths, listen to the emcees and DJ and to mingle with the racers and their crews.

“We’ve held off as long as we could on making the decision to move the start from its traditional home on Big Lake to Deshka Landing,” said John Woodbury, Iron Dog executive director. “The Nov. 30 earthquake, combined with a slothy freeze-up and deep snow with overflow this year caused concern among our board of directors. We discussed our options with Big Lake residents, Mat-Su Borough officials and veteran Iron Dog racers, and we all agreed to opt for the decision that kept our riders, supporters, sponsors and volunteers safe. It was a painful but measured decision, but the folks at Deshka Landing have really stepped up and have agreed to host the race start this year.

“I’m excited for the change of venue,” he said. “There’s ample parking, and we’ll have our usual fun vendors and sponsors out at the start, and the racers dump right onto the river system, so expect some swift racing right out of the chute.”

Deshka landing is located at Milepost 70.5 on the Parks Highway. Turn on Willow Creek Parkway and follow the signs to Deshka Landing.

“For over thirty years Deshka Landing has provided year-round access to the Susitna River drainage for Alaskans. Partnering with Iron Dog is just another way we can support the community and we have the facilities to do just that,” said Joe Wright, Deshka Landing president. “Former Iron Dog champion Ken Lee is a member of our Board and he will bring his years of experience to ensure a great experience not only for the racers but also the fans.” 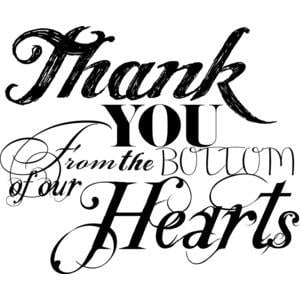 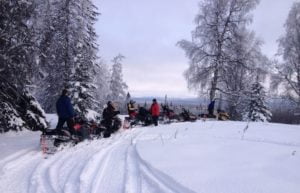 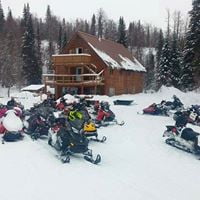